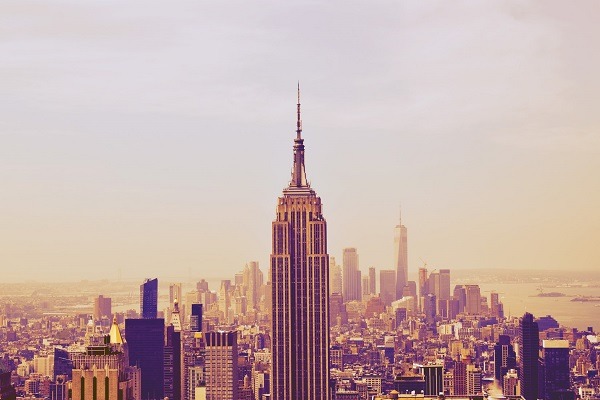 When most of us saw the Empire State Building first, we saw King Kong climbing it, or perhaps in some other motion picture. New Yorkers, however, must feast their eyes on this spectacle often. Hovering among clouds and fog and shrouded in mystery, the Empire State Building stands tall at 1454 feet including its 200 feet antenna. Here are some facts that you might want to know if you get the chance to witness the skyscraper in all its majesty.

It was Built in a Race for the Tallest Building In the 1920s as the US economy saw a fair rise, in New York, a competition grew too. It was a competition for creating the world’s tallest building. Walter Chrysler’s Chrysler Tower, ‘A monument to me,’ he said, was the main candidate and so was the Bank of Manhattan building. But to their dismay, in 1929, John J Raskob and Alfred Smith came out with the blueprint of a 1,000 feet tall building. The race had now started. ‘Race into the sky,’ the media referred to it. More floors were added to the Chrysler building and accordingly, the plan for Empire State was changed, by its designers Shreve, Lamb, and Haron.

It was completed in 1931 looming at 1,250 feet, to remain the tallest building for 40 years, until the World Trade Center came into being in 1970. Yet it was not out of competition until 2001, after the September 11 attacks, it again became the tallest construction in the world.

It was Completed in Just 20 Months 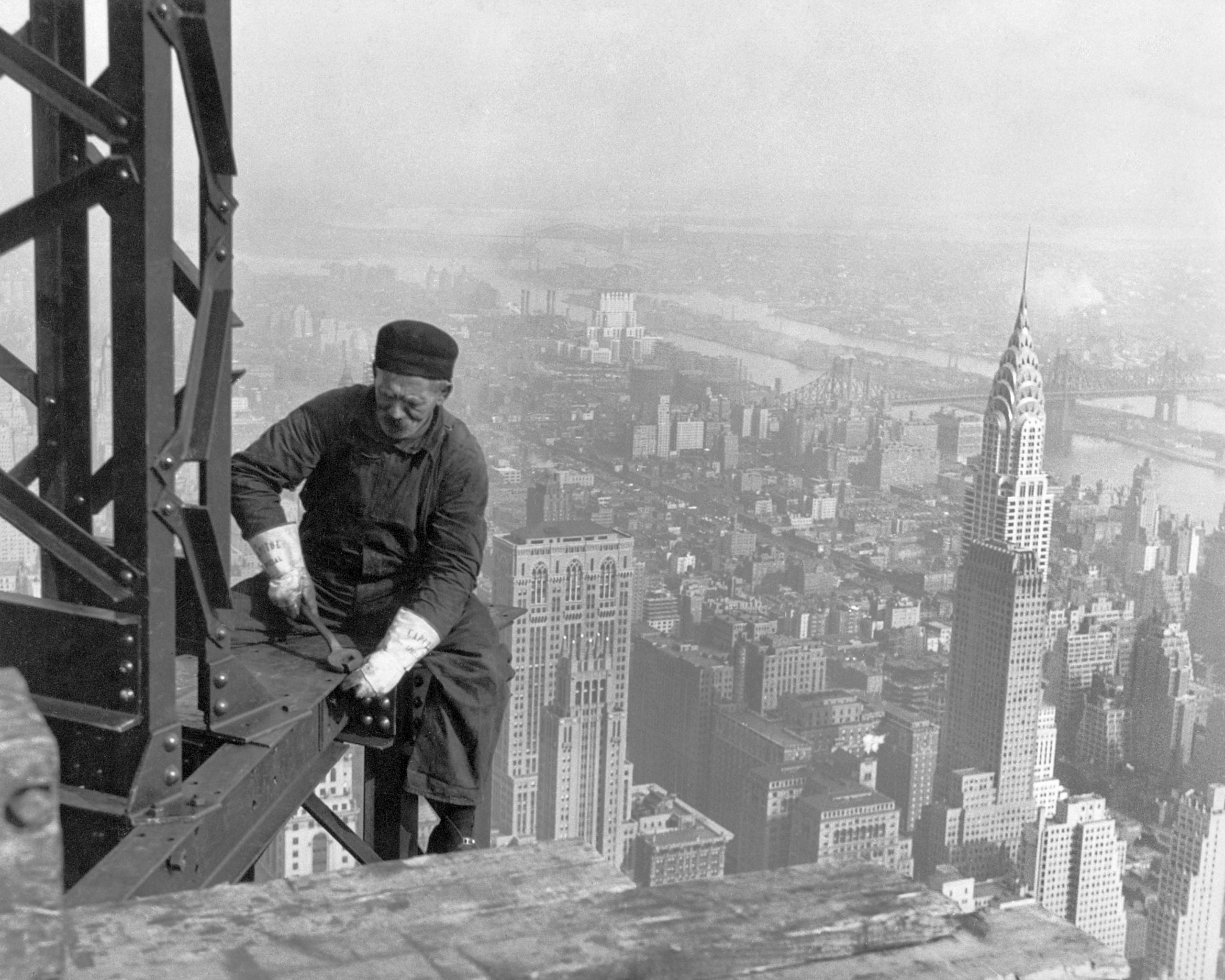 Perhaps due to the race that it was part of, the contractors and owners worked untiringly to have this skyscraper achieve its colossal size in a matter of just 20 months. After the demolition of the hotels that stood at this venue, the skeleton of the building was erected. A workforce of 3,000 men per day gave their sweat and blood to achieve this feat.

In 1929, the sudden crash in the stock market began the start of the Depression. Work was not stopped even with the looming crisis, and it was continued against all the odds and was completed all the same. In fact, this decor-art skyscraper was completed in a minimal budget and way before time. However, it came with a cost. Media reports cited the death of 14, and some even put the number of fatalities to greater than 30, of the laborers.

Its 200ft Tower was Originally Constructed As a Mooring Mast In 1929, Alfredo Smith, one of the owners of the magnificent design, announced that the Empire State Building was to have an extra 200 feet added. In an attempt to conceal the addition of these extra feet as a means of winning the bid for the tallest building, it was also said that the 200-feet tower would serve as a mooring mast for airships. Here, airships would hang in the air till the passengers got down through the offices of the building and would be on the streets of Manhattan in a mere 7 minutes.

This plan, however, did not come to life, but what came true was the dream of the tallest building in the world, thanks to the tower that made it stand at 1,200 feet now!

Was it a Financial Flop? The immediate response to the building was indeed discouraging. During the race, it had achieved all the needed publicity. However, it had taken birth in miserable circumstances. The period of its completion coincided with the crash of the stock market and the beginning of The Great Depression. Consequently, people did not respond to a new business in town as they ought to have. Initially, meant to house corporate offices, only 25% of the building was occupied in the start. People began referring it to as the “Empty State Building.”

The distressed owners resorted to efforts to have the building occupied. They even left the lights on the upper floors on to create the impression that the building was beaming with business. It was not until the World War that the building started procuring profit.

Times of Trouble: The 1945 Plane Crash The Empire State Building has endured a plane crash, too. In 1945, as World War 2 went on, a B-25 bomber crashed into the upper floors of the building. On 28th July, Lt. Col. William Smith, an experienced military pilot, got dismantled due to the foggy conditions. He managed to dodge a few buildings but crashed into the top floors of this giant here. Fourteen people were killed, including the colonel. A fire erupted in the upper floors, which was skillfully tackled in just 40 minutes. The explosion sent debris throughout the interior of the building. However surprisingly the undamaged parts were open for business in a mere two days while repair work took place at the damaged sites. It has been reported that over 30 people have reached the top floors of the building only to jump and attempt to end their lives. Due to the location and the towering height, it is a popular selection for those who attempt suicide. The first suicide attempt took place on April 7, 1931, before the completion of the tower. However, a story of suicide went viral, when in 1947, a girl named Evelyn McHale jumped to her death from the 86th floor of the building and landed indenting a Limousine parked underneath.

The story went viral when a photographer Robert Wiles took a photo of the corpse lying rather intact and graceful. It was referred to as the ‘Most Beautiful Suicide’.

A fence was put up around the terrace on the 86th floor after five people jumped to their deaths from there.

The Empire State Building Has Starred In Many Movies The towering building, along with its Midtown location, has earned the Empire State Building more points as the setting for popular movies and TV shows. King Kong from 1933 remains the most popular, where we see the giant ape climbing up towards the top of the building followed by planes. Also included are movies: The Amazing Spider-Man, Sleepless in Seattle, An Affair to Remember, New York I love you, Doctor Who, and many more.

A Woman Survived a 75-Story Fall in an Elevator

In 1945, a 19-year-old elevator operator, clung to life as the elevator’s cables were cut due to the aircraft crash in the building. People are highly unlikely to survive elevator plunges. However, Betty Lou Oliver was one lucky woman. Perhaps due to the pocket of compressed air created underneath or the accumulated cable that sat beneath and cushioned the fall, the woman came out alive. She did, however, sustained severe injuries. It remains in Guinness Book of World Records as the Longest Fall Survived in an Elevator.

Some Reckless Stuntmen Have Managed To Exhibit Their Talent In 1986, two British adventurers, Alistair Boyd and Michael McCarthy bought tickets to the observatory deck on the 86th floor. Somehow, they managed to smuggle their parachutes in. They jumped from the building and landed safely 1,000 feet below. They were both arrested later. A Norwegian stuntman also attempted the parachuting. He, however, was lucky and only got arrested after he had jumped from all three tallest buildings of New York City.

You Can Become Members Empire State Building won’t be the first place to come to your mind when deciding on a venue for your marriage. But if you want to get married, what better place there is than the Empire State building? If you get married in the building on the 14th of February, you can become the members of the wedding club. These members can receive access to the observatory deck situated on the 86th floor, every year on Valentine’s Day! Cool, right?

Empire State Building, being the 45th tallest in the world and sixth tallest freestanding structure in America, is definitely worth seeing if you are in New York. We hope you like these cool facts about this 443-meter tall building. Don’t forget to share this interesting knowledge with your friends.

If you want to know more about New York’s astonishing architecture, check out this article on 5 Architectural Styles That Define New York City.