Doric columns and Ionic columns are both parts of the ancient Greek architectural orders. These two types of columns have distinct characteristics to help us understand the difference between both orders.

It is apparent in our world today that many buildings all around the globe use this architectural style developed by the ancient Greek. Lack of knowledge about these styles would confuse some people, especially those who are interested or curious in knowing these classical designs.

In this article, we will look into the differences between the two Greek columns – Doric and Ionic.

To get started, let us first know the characteristics of both columns.

What is a Doric column? The Doric order is the oldest and the simplest form of Greek order, which many believed to have existed during 700 BC. It is a type of architectural style that varies from a broader aspect – starting from the entablature, capital, shaft, etc.

This type of column is the most recognizable among the three Greek orders. It stands with no base and appears shorter compared to Ionic columns. Flutes surround the shaft, or the body, of the Doric column. Its capital is simple and looks like a disc on top of the shaft.

Doric columns don’t have any other unique ornament besides the typical structure that it has.

What is an Ionic Column? 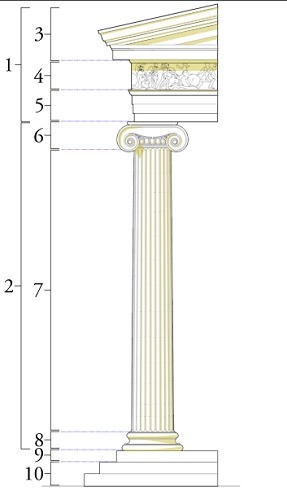 This type of column has a thin and tall shaft with twenty-four surrounding flutes. Due to its slim and tall figure, it needs to have a base to support the body.

Now that we learned the different characteristics of both columns, we will look deeper and compare how Doric columns are different from Ionic columns.

Doric and Ionic columns in buildings

One of the best examples for these types of columns is the historical Lincoln Memorial. The Lincoln Memorial is a famous building using Doric columns in the US. It is a national memorial built to honor the 16th President of the United States, Abraham Lincoln.

Looking at the building would seem familiar to some people, because of its neoclassical style, mainly because of the Doric columns in the façade. Its design showcases expertise from its architect, Henry Bacon. 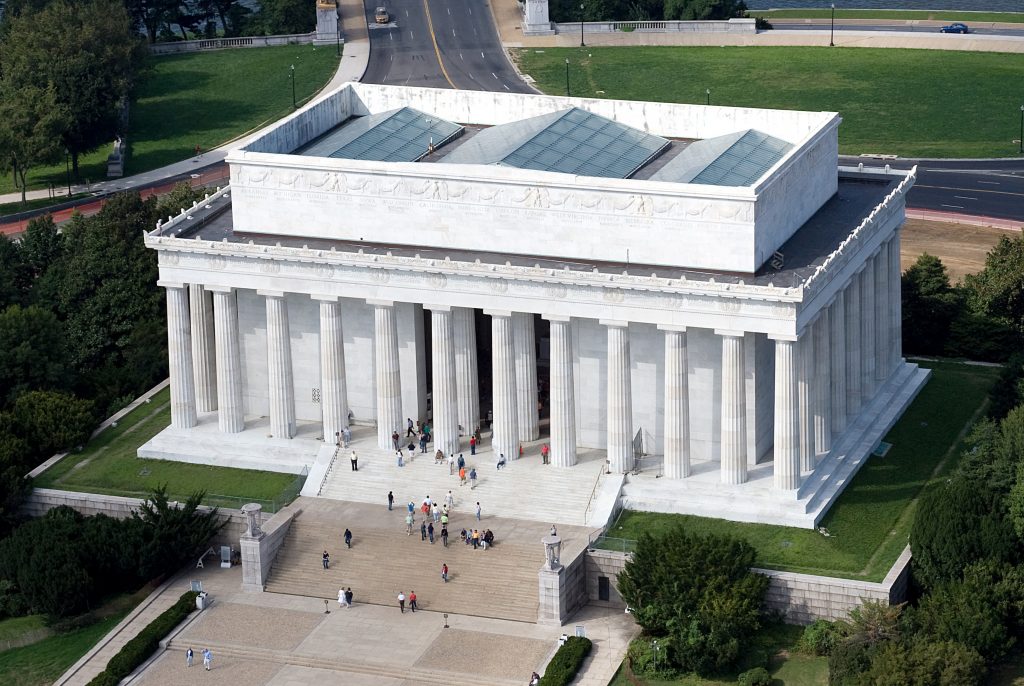 Its look is pretty much similar to ancient Greek temples, including the thirty-six fluted Doric columns surrounding it. Above each column, on the frieze, are the names of the thirty-six states during the era of Abraham Lincoln. The interior of the Lincoln Memorial has Ionic columns, which divides the memorial into three chambers. Each division is composed of four Ionic columns that are 50 feet tall. The three chambers display different attractions in honor of Abraham Lincoln – the central chamber is where you can see the gigantic statue of Abraham Lincoln, which is 60 meters high. The north and south halls showcase the carved inscriptions of Lincoln’s second inaugural address along with the Gettysburg address.

The Lincoln Memorial is one of the most known buildings all around the globe that uses Greek columns, mainly Doric and Ionic. Until today, the Lincoln Memorial continues to serve its purpose and providing the future generations a backtrack of the incredible history held in this structure as well as its great architectural marvel.

Because of the differences and similarities between these two Greek columns, architects and designers used this as an advantage in constructing buildings. Some structures used both Doric and Ionic columns, while some only used either Doric or Ionic styles.