The Postmodern Architecture includes all the constructions that do not follow the formal style. Instead, these buildings create an atmosphere of uniqueness with their bold, informal, but creative exteriors. The movement of postmodernism in New York City started in the late 60s. Soon, this style of architecture became popular, and many buildings inspired by this culture were built.

In the period when dull, uniform and boring buildings occupied the whole city, this culture worked as fresh air. It transformed the way people looked at tall towers by giving them a touch of modern style. The idea behind this movement was to bring attention to the little details of construction that were hidden in former classic architecture styles.

Most of those constructions included sky-high towers that filled the skyline of New York with their bold looks. A number of these buildings are still standing strong on their feet, and many of them are included in the National Landmarks of the United States.

Out of many postmodern skyscrapers that New York has produced, some of the boldest ones are mentioned below: 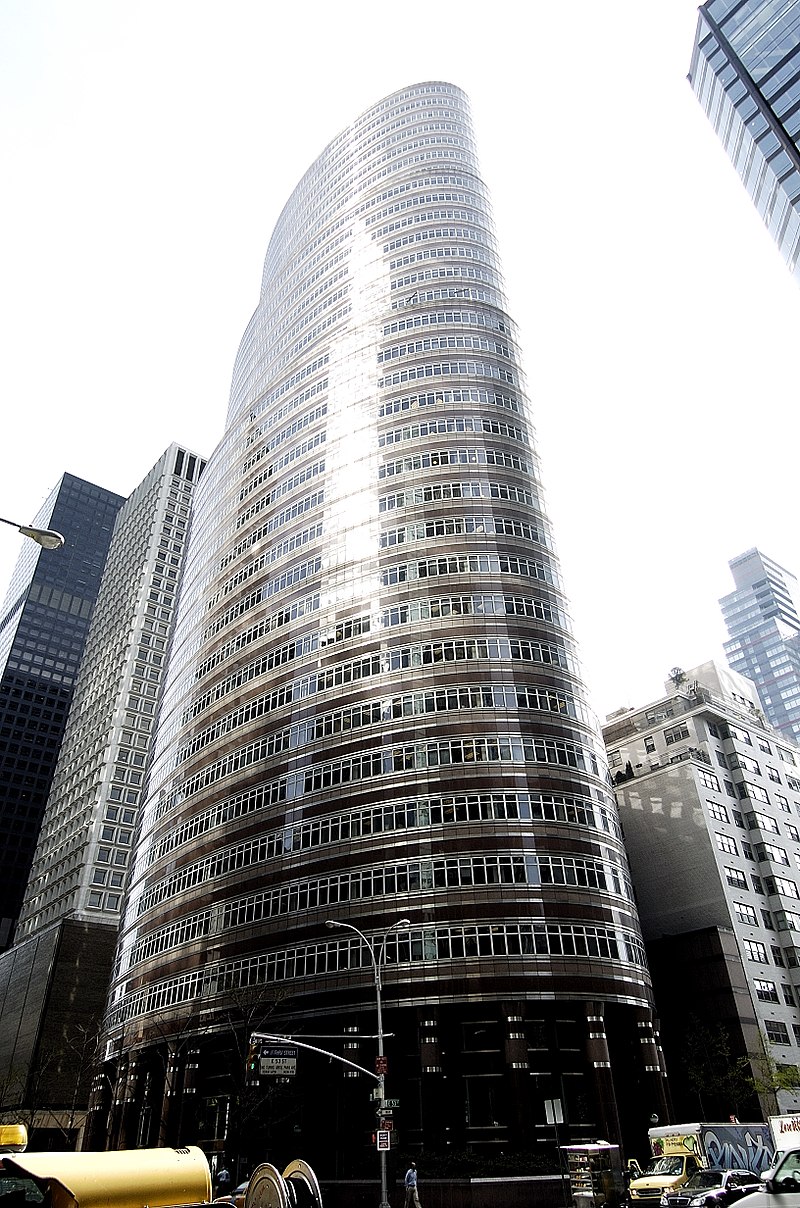 This gorgeous elliptical piece of architecture is the perfect example of the postmodern movement. Being one of the very first postmodern buildings of the city, it got popular by the name of Lipstick Building because of its shape. This building was completed in the year 1986, and soon after it was built, it got noticed worldwide due to its unique structure.

The Lipstick Building has a total height of 453 feet, and it is located in the heart of Manhattan, New York. It has a total of 34 floors that are now used by several commercial companies.

This building delivered a new concept of modern architecture and hence got famous worldwide. Sadly, the Lipstick Building has lost its uniqueness now due to the competition. However, it is still appreciated by the locals of New York.

Located in the prime location of Midtown Manhattan, this skyscraper consists of 54 floors. Completed in 1986, Axa Equitable Center, also known as The Equitable Tower or Equitable Center West, features a gorgeous exterior of curtains walls along with brown and white granite stripes. The most striking part of this building’s architecture is the semicircular windows that give this skyscraper a postmodern touch and somehow complete its vibe.

With an amazing height of 752 feet, this building touches the heights of the sky. When it was being designed, the post-modern architecture was at its peak.

This skyscraper is open to the public and visitors. People come and have a great time in the vicinity of this tower. It facilitates the visitors with a private-public atrium and several other indoor activities that draw them towards it. This gorgeous black and white themed skyscraper with a hint of copper is a beautiful example of New York’s movement towards postmodernism. Located in the financial district of lower Manhattan, this building is known for its unique exterior. The building has a total height of 745 feet, and it consists of 50 floors.

With an eye-catching exterior of black and white granite, this building cannot go unnoticed. It also features a copper roof that can instantly grab anyone’s attention. This amazing but well-balanced overall look 60 Wall Street skyscraper makes it popular in the city.

Currently serving as the American headquarters of Deutsche Bank, 60 Wall Street is indeed one of the boldest pieces of architecture New York City has ever produced. This spectacular postmodern skyscraper is located right around one of the most famous locations of New York City, the all-time popular, Times Square. Owned by a very reputable corporation named Marriott Hotels, Westin Hotel is a bold piece of architecture that takes the entire surrounding area to another level.

This postmodern building was built in 1930. It has 40 floors with a total number of 800 rooms. When it was constructed, this skyscraper made a great attraction for tourists quite quickly.

The Westin Hotel features chic curtain style walls and complements its surroundings of busy roads and gives a classy touch to the whole neighborhood. Once built to be the headquarters of the AT&T Company, this skyscraper was put together in the year 1984. Now called 550 Madison Avenue, this postmodern skyscraper was formerly known as the Sony Tower or Sony Plaza. It is a 647 feet tall building with a total of 37 floors. It was designed in the postmodern architectural style by Philip Johnson.

550 Madison Avenue is considered the 95th largest building in New York. This building got famous because of its unique architecture. Its pink-colored exterior makes it stand out from the other skyscrapers of New York. From the steel frame to the entrance portico, this place has set the bar very high.

In 2016, the Olayan Group and Chelsfield purchased this tower for $1.4 billion. It was designated a New York City Landmark in 2018. This 28-story skyscraper was designed by Skidmore, Owings & Merrill and built in the year 1988 by the Mitsui Fudosan development group. It is located in Midtown Manhattan and has been a center of attention since the day it got completed. With the use of pre-cast concrete and a stone-finish look, this building introduced a new form of the exterior.

This bold piece of architecture has been known for hosting musicals and other different social functions. It has also been home to several celebrities who used this building for living purposes. Keeping everything in mind, one can say that this building is a wonderful example of New York’s postmodern architecture. The commercial complex of Brooklyn fields, formerly known as the World Financial Center, is a unique form of architecture. When this complex was constructed in the years of 1982- 1988, it left everyone dumbfounded. At the time of its construction, postmodern designs were at their peak.

All four buildings of this complex have different shapes of rooftops. These were meant to go with the theme of the World Trade Center that was later destroyed. This complex is now being used by several companies as their offices and headquarters. The Seagram Building is a famous 157-meter tall skyscraper located in the prime location of midtown Manhattan. This building was constructed in 1958. It consists of 38 floors.

When this building was put together, it made a huge impact on the architecture industry. With its strong steel frame and the sheer concrete core, this tower introduced a bold dimension of postmodern culture.

The Seagram Building is now being used for multiple purposes. One of its most famous attractions includes the integral plaza. The building houses multiple restaurants that are loved by the general public of New York. The tower of Hudson Yards, also known as One Hudson Boulevard or One Hudson Yards, is a skyscraper located in the area of Manhattan, New York. It was intended to be the World Product Center, but the project soon got cancelled, and this masterpiece was constructed at the location.

It is a 780 feet tall tower with a total of 51 floors. It features all floor-to-ceiling windows that give this tower its signature look. This building is also famous for its special destination dispatch elevators. The tenth floor of this beautiful tower has a terrace, and from there, the views of Hudson Park can be admired.

This postmodern skyscraper has also received an award for its beautifully crafted look. All in all, 55 Hudson Yards is the true definition of New York’s postmodern architecture.

This building features a combination of granite and glass exterior. It also grabs the attention of the general public because of its classic lime-stone touch that maintains its formal but modern exterior. The most important feature of the famous Takashimaya Building is its bowed-out columns that give it a classy look.

This building is also popular throughout the city for another beautiful element, which is the large double-height windows. All in all, this building is one of the best postmodern skyscrapers in the city.

All the skyscrapers mentioned above are some of the best postmodern culture-inspired buildings in New York. These sky-high buildings have played an important role in changing the looks of the entire city.