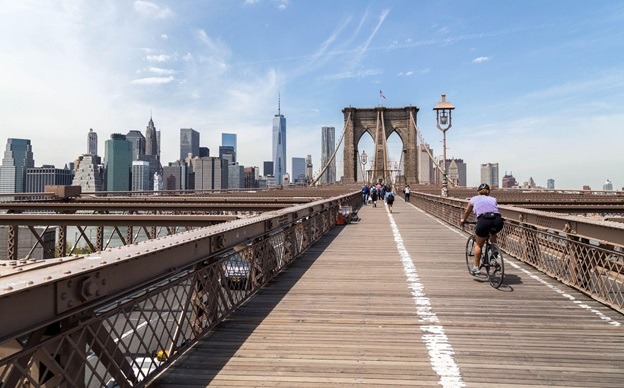 New York City, New York ranks among the most visited cities in the world annually.

Known as “The Big Apple”, New York is home to a wealth of historic sites, monuments and landmarks, including the Statue of Liberty, Central Park, Times Square and others.

Visiting New York City should also be atop the bucket list for any sports fan. The city has three NFL teams, a trio of NHL squads, two MLB franchises and two NBA clubs.

Among the New York-based sporting venues, none are more iconic than Madison Square Garden — home of the NHL’s Rangers and NBA’s Knicks.

MSG, which opened in 1968, is regarded as “The World’s Most Famous Arena.” It was home of the legendary “Fight of the Century”, on Mar. 8, 1971,  where Joe Frazier defeated Muhammad Ali.

It was right here where the Knicks defeated the Los Angeles Lakers in Game 7 to win the 1970 NBA Championship, the first title  in franchise history. MSG also marks the site where the Rangers ended their 54-year Stanley Cup drought back in 1994, when they defeated the Vancouver Canucks 3-2 in Game 7.

MSG is one of the loudest and most intimidating atmospheres for visiting teams. Regardless of where the Knicks and Rangers are in the standings, the fan energy always makes the visit worthwhile.

New York State hasn’t celebrated a championship in any of the four major sports since the 2011 NFL season, when the New York Giants defeated the New England Patriots in Super Bowl XLVI.

The Jets and Giants won’t break the trend this year, and certainly not the Buffalo Sabres. The Mets and Yankees are long out of the MLB postseason.

But the Knicks, Rangers, Buffalo Bills, Brooklyn Nets and New York Islanders all stand chances of bringing New York its first championship in a decade.
Among them, the Nets have the best hopes, as they lead all NBA teams with +260 NBA odds in 2021-22.

This venue is especially a must-see for baseball fans and historians. No franchise in North American sports has a greater and richer history than the Pinstripes.

The Monument Park museum, which honors the all-time franchise greats, is located inside Yankee Stadium. As is the New York Yankees Museum, which displays World Series Trophies, championship rings and the “Baseball Wall”.

The museum is free to ticket holders on gameday, making a game experience all the more rewarding for fans.

Located in Manhattan, Central Park is one of the world’s most famous and widely visited parks in the world.

Tourists could spend hours and even days if they so desire inside Central Park, given its many features and tourist attractions.

Also located in Manhattan, Times Square has been home to countless historic events and celebrations.

Times Square is surrounded by many other attractions and shopping stores, making it the ideal visiting location for tourists. Nearby hotels include the Millennium Broadway and the Crowne Plaza Hotel.

Times Square Studios, the Planet Hollywood restaurant, the Hard Rock Cafe restaurant and the Disney Store are among the other popular attractions for tourists to visit.

A tourist in New York can get a lot done in just one day by visiting Times Square.