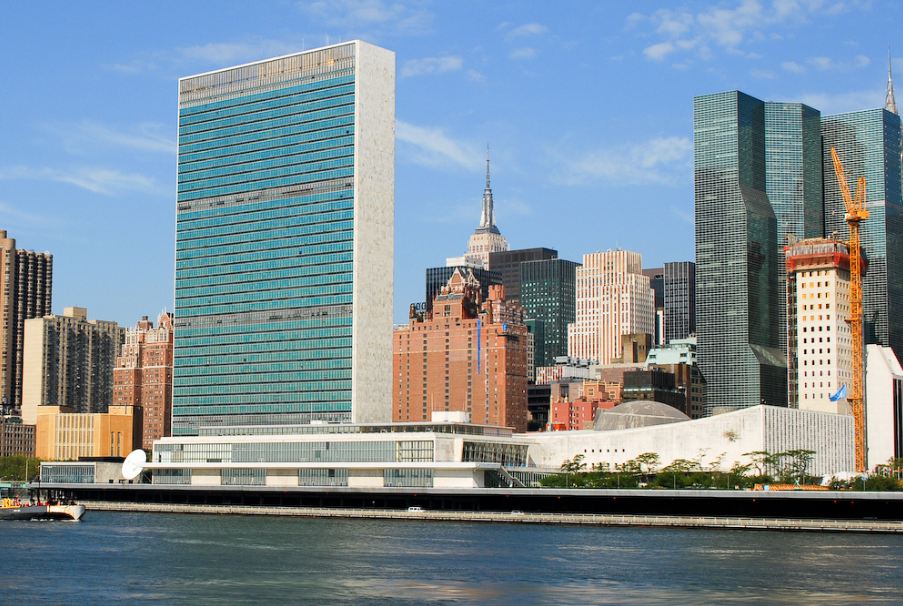 After four years of construction, the United Nations Headquarters Headquarters was completed in 1952. Constructed in the Big Apple, the peace organization’s home adds to the rich history of New York City. Several cities actually bid to be the official site of the United Nations, but all were rejected. NYC served as the clutch feasible solution, as it was deemed as the ideal neutral ground to be the dwelling of the league of nations. In this post, let’s know more about the fascinating facts about United Nations HQ in New York City and how it continues to be one of the city’s landmarks and an international insignia of progress and cooperation. There are 194 flags that fly outside the UNHQ. There’s one flag for each of the 193 member states, in addition to the UN Flag. They are arranged in English alphabetical order from north to south. Approximately at 8:00 AM during weekdays, UN security officers manually raise the flags, then lower them down at around 4:00 PM. Raising and lowering the flags usually takes about half an hour. Only the UN Flag is hoisted during the weekends, except if there are conferences or meetings happening inside.

Its Board of Design was composed of 11 architects. It has four main buildings. The UNHQ consists of four main buildings. The General Assembly Building is the heart of United Nations Headquarters with a 1,800-seat assembly hall, the largest room in the entire complex. Standing 505-foot tall with 39 stories above ground, the Secretariat Building adorns the skyline and serves as the HQ’s centerpiece. It also houses over 7,000 UN employees and civil servants of the UN.

The Conference Building holds the Security Council Chamber. The last main building is the Dag Hammarskjöld Library added in 1961. It contains the Woodrow Wilson Collection, and over 400,000 books, 80,000 maps, 9,800 periodical titles, and newspapers. Visitors must present a valid passport, government-issued ID, or international identification proof issued by a UN Member State or Observer State in order to enter the headquarters. Passports of citizens of Taiwan, a non-member state, though issued by R.O.C. aren’t accepted at the U.N. headquarters. They must secure a travel permit or international ID issued by mainland China to be allowed inside the United Nations HQ.

The Knotted Gun sculpture at the UNHQ has replicas across the world. A symbol of peace and non-violence, the “Knotted Gun” sculpture is one of the first things visitors see in the complex. A masterpiece created by Swedish artist Carl Fredrik Reuterswrd, it was made after the murder of famous songwriter and peace advocate John Lennon. Luxembourg donated the sculpture to the United Nation in 1988 where it was placed outside the headquarters. Replicas of the sculpture can be found across the world, such as in China, France, Germany, Switzerland, Lebanon, Georgia, Sweden, and South Africa.

It has extraterritoriality status. Despite being in the land of New York City, the United Nations Headquarters is not administered by the United States government. The district remains under the full authority and control of the United Nations and overrides any federal, state, or local regulation or law not congruent with the organization’s regulations. Along with this, the UNHQ also has its own post office, fire department, and security forces.

The United Nations Headquarters is only one of the other iconic landmarks in New York City, proving it’s more than just the hustle and bustle it’s more renowned for. Go ahead and explore the Big Apple and get amazed by all the amazing sights and beguiling history it has to offer.